Some are cool – they always catch. Some catch sometimes. Some.. well…

These what I would class as my Legends in the World of Lures….

I have probably caught more fish on these whilst trolling than any other lure. Everything in the Med eats them. Favourite colours are purple – as in the pic below – and white. Hooks get an upgrade –  because I have had them bend out on big fish – from single to double. Just needs a couple of stop knots adding to make sure the lure rides up the trace and that the hooks sit near the back of the feathers. Highly recommended…! 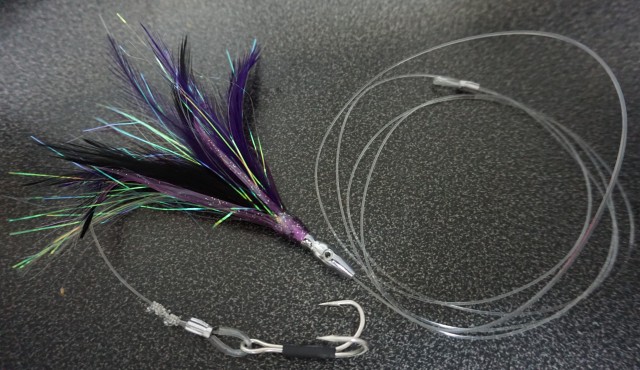 Favourite lure for casting at big Tuna shoals. Has very different action than a traditional plug we would use in the UK use for Bass, Pike etc but comes to life when you move it fast – it has this slalom type wobble reminiscent of a fleeing baitfish. And when you stop it dead – it flutters gently as it drops down through the water. Just one big single on the back is best… 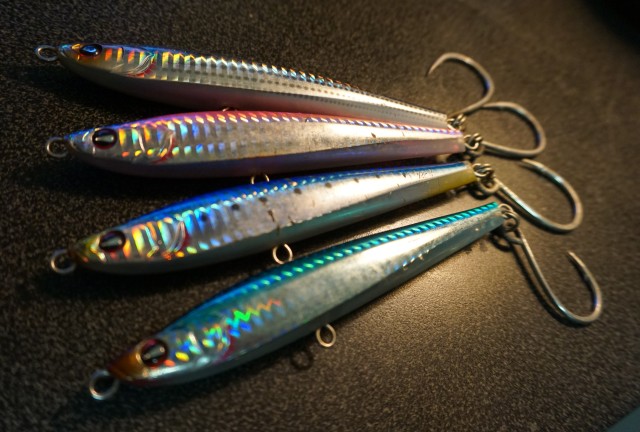 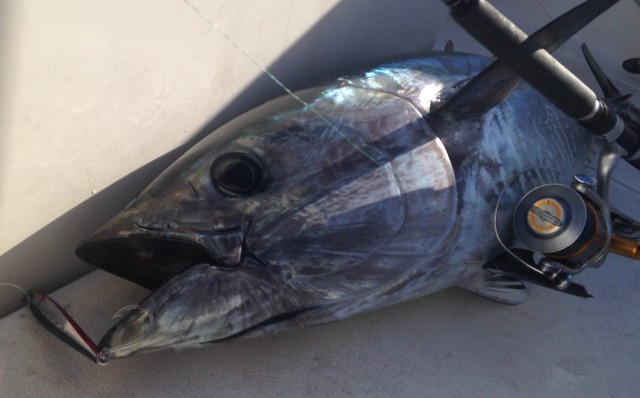 I reckon this lure is called an Artist purely because that is what it is – it is an extreme fish catcher. As it moves through the water its action is exquisite – using braid you won´t find anything to compare with the sensations this thing sends down the line.

Hydrodynamics on it are literally worlds apart from similar lure types and you can tell by simply holding it and seeing it – there are flat planes, straight edges, compound curves, exponential radiuses and angles that are neither acute, nor obtuse and which defy all the laws of trigonometry. It can only have been designed by God and seemingly deploys reverse stealth technology in its ability to get noticed and attract fish.

For me it has taken, (with the exception of Tuna, and only because it´s too small), everything… Bass, Pike, Barracuda, Bluefish… well not Everything, but you see where I´m going….

For me, it is the best hard minnow, of its type, in this world today. 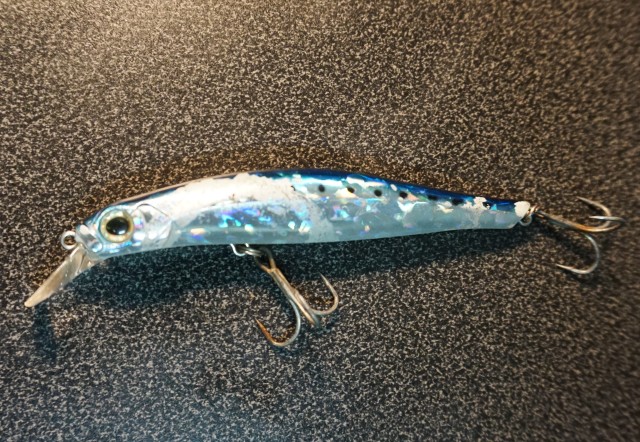 As fishing techniques have evolved, such as “walking the dog” style, lures like this must be one of the easiest to catch fish with.

I really like certain well thought out design aspects on the Gunfish… black hooks, feathers on the rear treble, different sized hooks – with the biggest in the middle ready for what would be a natural sideways hit on a wounded fish – together with the scale pattern of a wounded fish – the detail is very impressive. 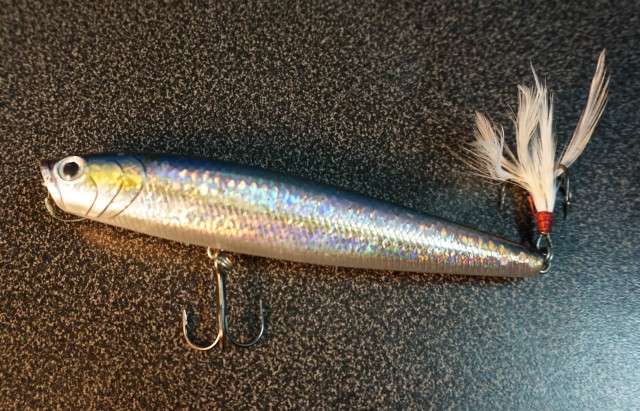 A really small casting jig, only a couple of inches long but which still weights 40 grammes meaning casting distance is substantial. A real favourite this autumn and one which has taken Dorado, small Tuna, Mackerel etc 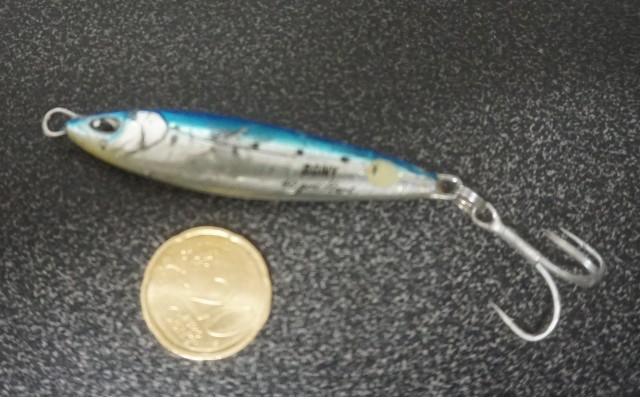